For those that missed Vol. I you can find it here: The Evolution of Amber, Vol. I: “Amber” In All Its Forms

If what you now know as the amber note smells to you both ancient and modern, as if it’s traveled eons and not forgotten a thing – landing in the 21st century, in an outfit that’s somehow stylish all over again – then its fame is also owed to the fact that it writes its autobiography well. 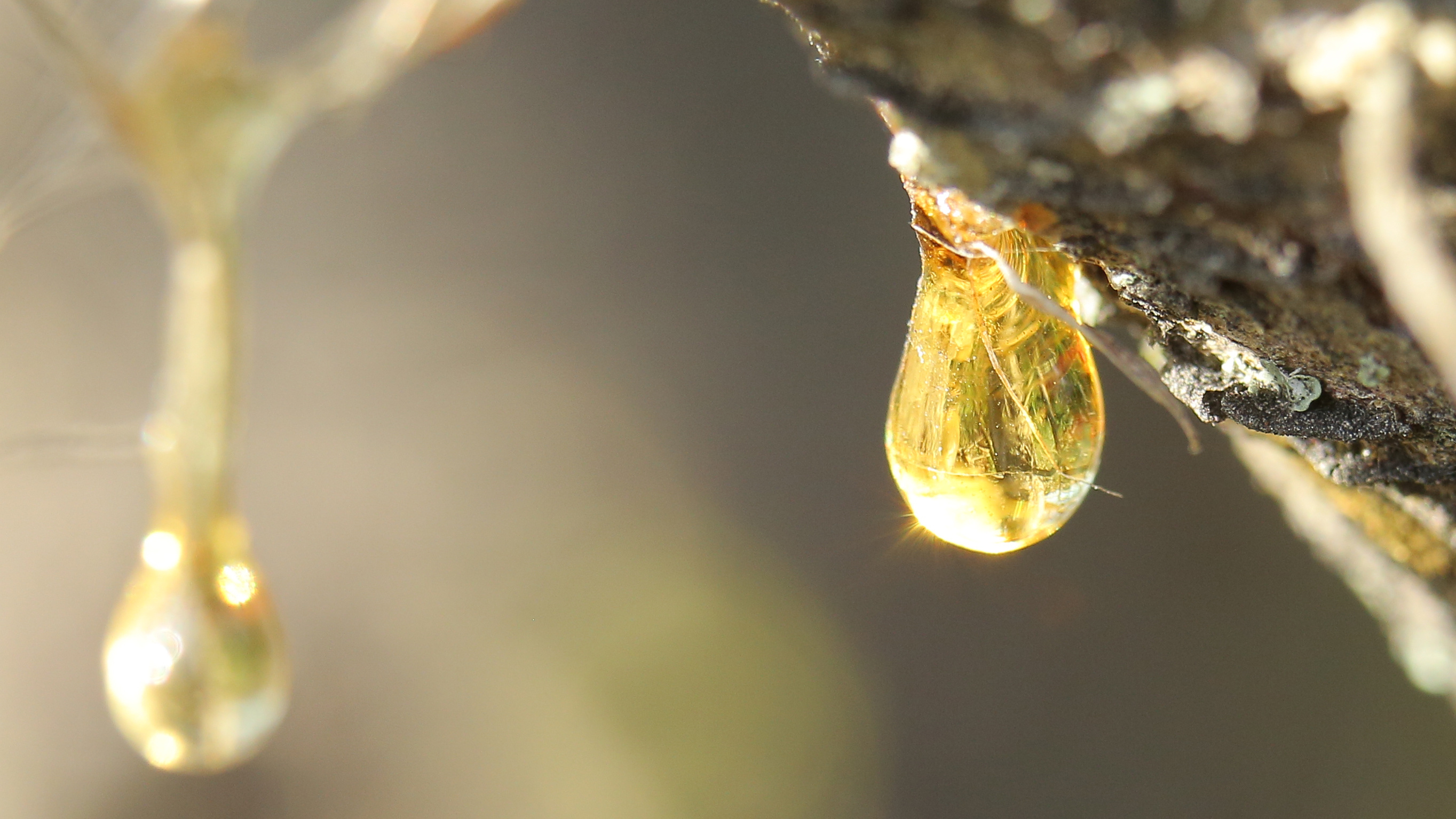 Representative of the blazing sun, steeped in fragrant oils, real amber resin was set alight to be used as offerings to the gods and goddesses of the day, burned for funerals and rituals, while elsewhere, fortunes were told by the way the intricate black smoke plumes tendriled and drifted away. The ancient art of blending of resins (amber and otherwise) and oils for burning is not only where the story of our beloved amber accord starts, but also the beginnings of perfumery as art and craft.

Ancient incense resin ritual items have been unearthed as archeological finds in Greece, Rome, China, India, the Middle East, and all across Africa. So, while you’d be correct in picturing all of this amberous alchemy happening in Ancient Egyptian temples, the perfection of this amber and resin crafting, burning, and blending owes debt to places all across the entire globe.

But it was the Egyptians that were meticulous record keepers, which is why, along with their extensive histories, we have the backbone of a bygone recipe used for incense and medicinal purposes called Kyphi (latinized). In it, you’ll find a sticky fusion of honey, raisins, myhrr, pine resins, mastic, cardamom, henna, cinnamon, mimosa, and saffron. Recipe variance will depend on what texts you get your hands on, but if we can imagine something honey-raisin sweet, warm, balsamic-woods resinous, a little spicy, a little leathery (saffron can give off intense leather notes), and mildly floral, composed of actual resin and sweet spices... does that sound familiar? 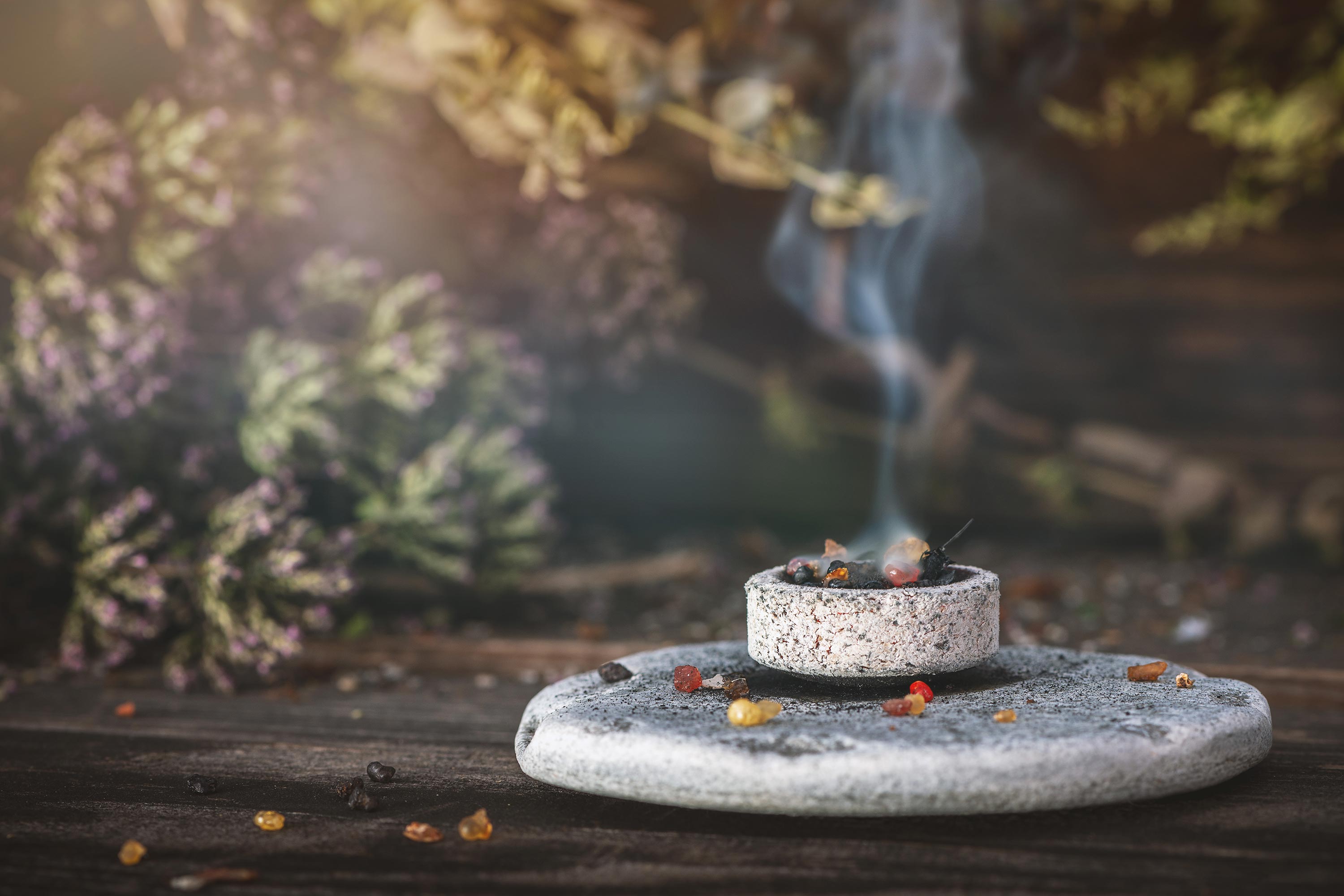 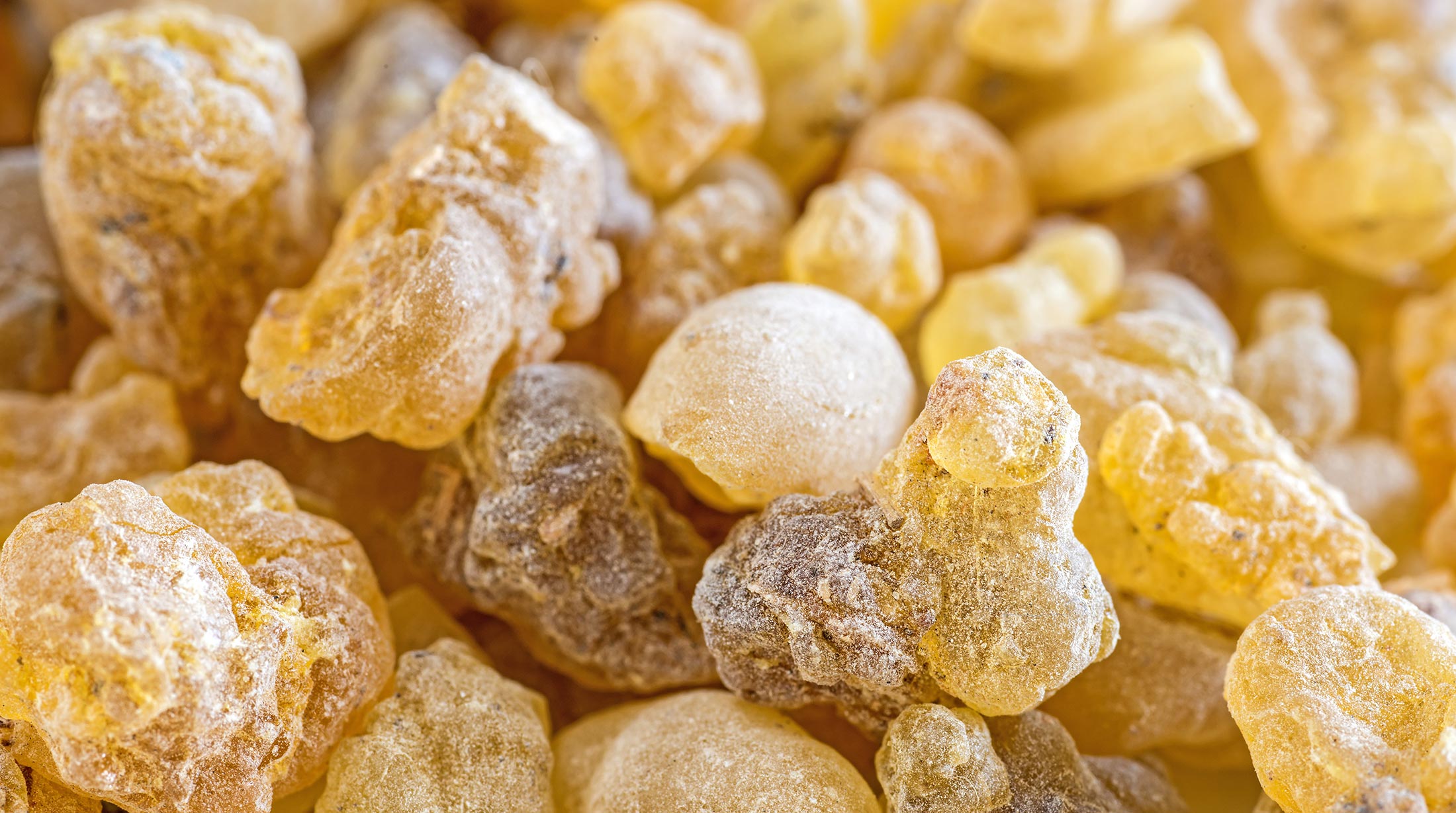 What we know as “amber” today is based around a core thought of labdanum, vanilla, and benzoin. However, this being perfumery, infinite possibilities are the norm. Sometimes, touches of tonka are used in addition, or instead. Sometimes peru balsam could be added, or substituted. Sometimes amber can veer in a tobacco/rum direction. Sometimes it’s a little powdery, or a little more leathery, and sometimes a modern amber feel is wholly synthetic. The idea of amber, now, is just that – an idea – but the important effect is a base of sweet, leathery/woody, warm, vague ancient spice that can often be ambrosially intoxicating, with doses of a little animalism and/or sensuality. There truly is a little something for everyone.

This shape-shifting of the amber apparition we all love, but can rarely put our finger exactly on, is likely also due to the fact that the formulas for the ancient, resinous incense blends were being made all around the world, with whatever native plants and species were accessible. Even from the beginning of its creation, there began to be innumerable variations on the swirls within the sweet-woody-warm-spicy fingerprint.

As the ages wore on, and these blends were alchemically edited over and over, the sundial eventually points toward the Victorian era, another era that was pivotal in the history of perfumery. While woody, resinous, oriental blends were not the fashion here, a few interesting things happened during this time that had a hand in amber as we know it.

The Victorian era was not known for its sanitation nor how delightful people smelled, to say the least. Thus, while light floral scents and modesty were all the rage, animal scent elements were very popular, deep enough to mask the pungent smells of poorly washed bodies, sewage-ravaged streets, and the stench of animal skins for the leathers popular at the time – castoreum, civet, musks, and... did you guess it?... ambergris begin to fall right into fashion with welcome arms. And while amberous blends were not the chic thing at the time, the ambergris and musked leathers that danced with floral and spice did indeed inform the basis of the oriental perfumes we’ve come to know so well. This is also where powdery notes became popular, and its arguable that these little powder tufts drifted their way toward what was about to happen next, marking their own DNA onto a classical amber fingerprint too. 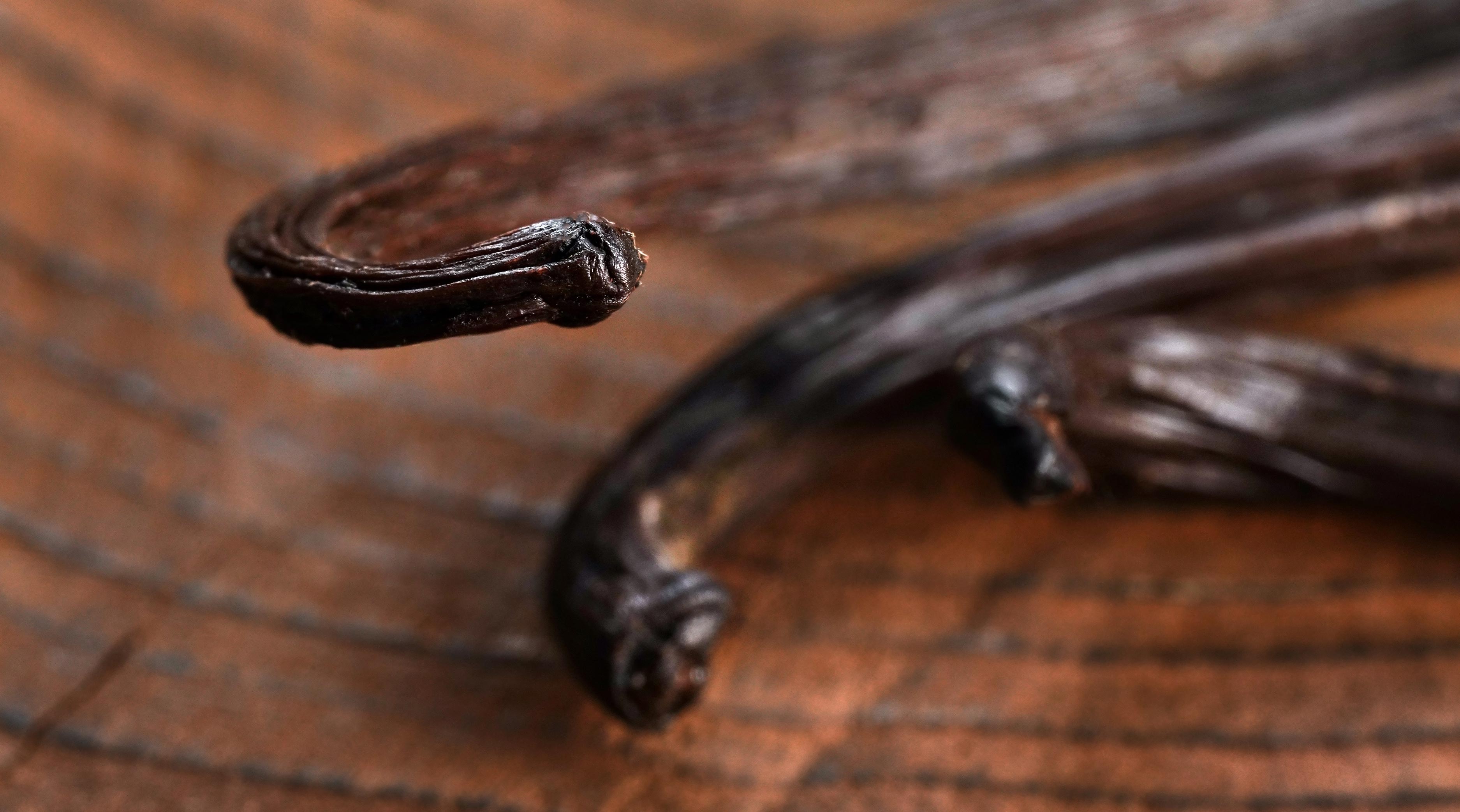 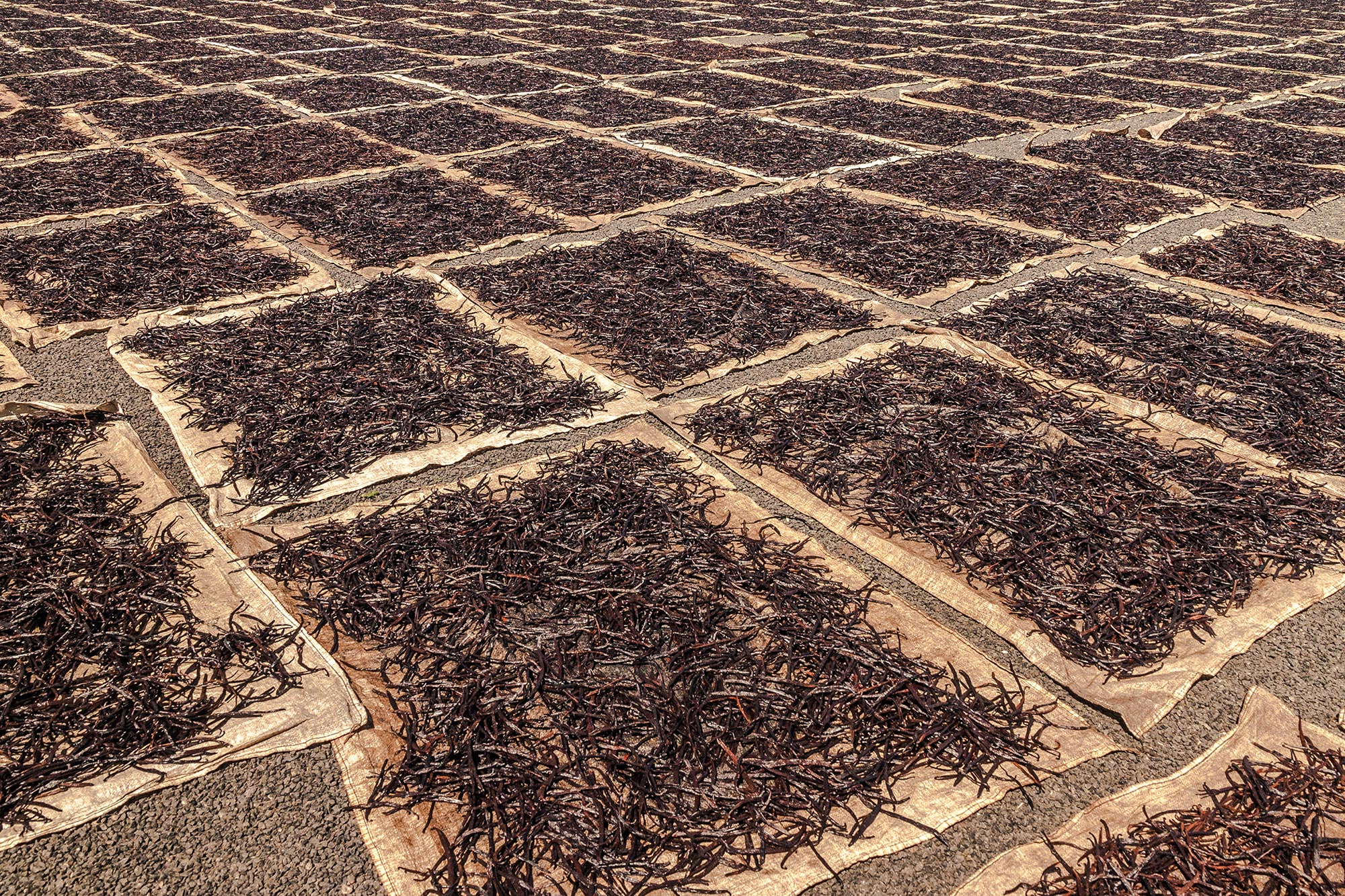 Across the way, in France, the crafty chemists of that era had one momentous trick up their sleeve in our amber story: the discovery and synthesis of vanillin. If you’re an amber enthusiast, now would be the time to raise your glass to one, wonderful French chemist, Nicholas Theodore Gobley.

Pure vanilla was, and still is, a rather expensive spice item only attainable by those willing and able to shell out the extra money for it. Back in the day, the pricing was even more severe. From this legendary little bean came the discovery of vanillin, followed by the ethyl vanillin molecule, that would begin to free perfumers and flavorists from the constraints of needing a natural material, and the price it often commanded.

Legend has it, some years after these groundbreaking discoveries, Jacques Guerlain was offered some of this warm, creamy, bombastically sweet and sensual ethyl vanillin and decided, on a whim, to dose a bit of it into the trailblazing formula for Jicky, which already originally contained vanillin itself. The smell that wafted out of his lab was the foundation of something that would change the world of perfumery: Shalimar. Heady, insanely exotic for the time, as sensual as it gets, and frequently touted as ‘improper’, Shalimar was, at once, one of the first perfumes to combine synthetic materials with naturals, and credited with being the first commercial, modern amber fragrance – containing not only lush, oriental floral bouquets, but the wonderful balsamic resins/earthy-sweet vanilla one-two punch we’re all still obsessed with, thanks to Mr. Gobley’s vanillin discovery.

Things have changed since 1925, but we’re back to where we were before - that there are no Amber Police ensuring we abide by exactly what it is, or smells like, each time. Add to this the leaps and bounds science has taken in the century since, as elemental amber molecules, left and right, have been continually discovered and created.

There’s the sunny-sweet ambrettolide, or the animalistic woody-amber norlimbanol, and the insanely popular Iso E Super, which all can have a hand today in what you recognize as an amber scent. These can still be alongside the tried and true labdanums, benzoins, and vanilla/vanillins. And yes, even ambergris notes can make appearances right in with this mix too. See why you might have been confused? All bets are off, and it’s a polyamberous free-for-all, right on the laboratory desks. Talk about improper... and exciting... 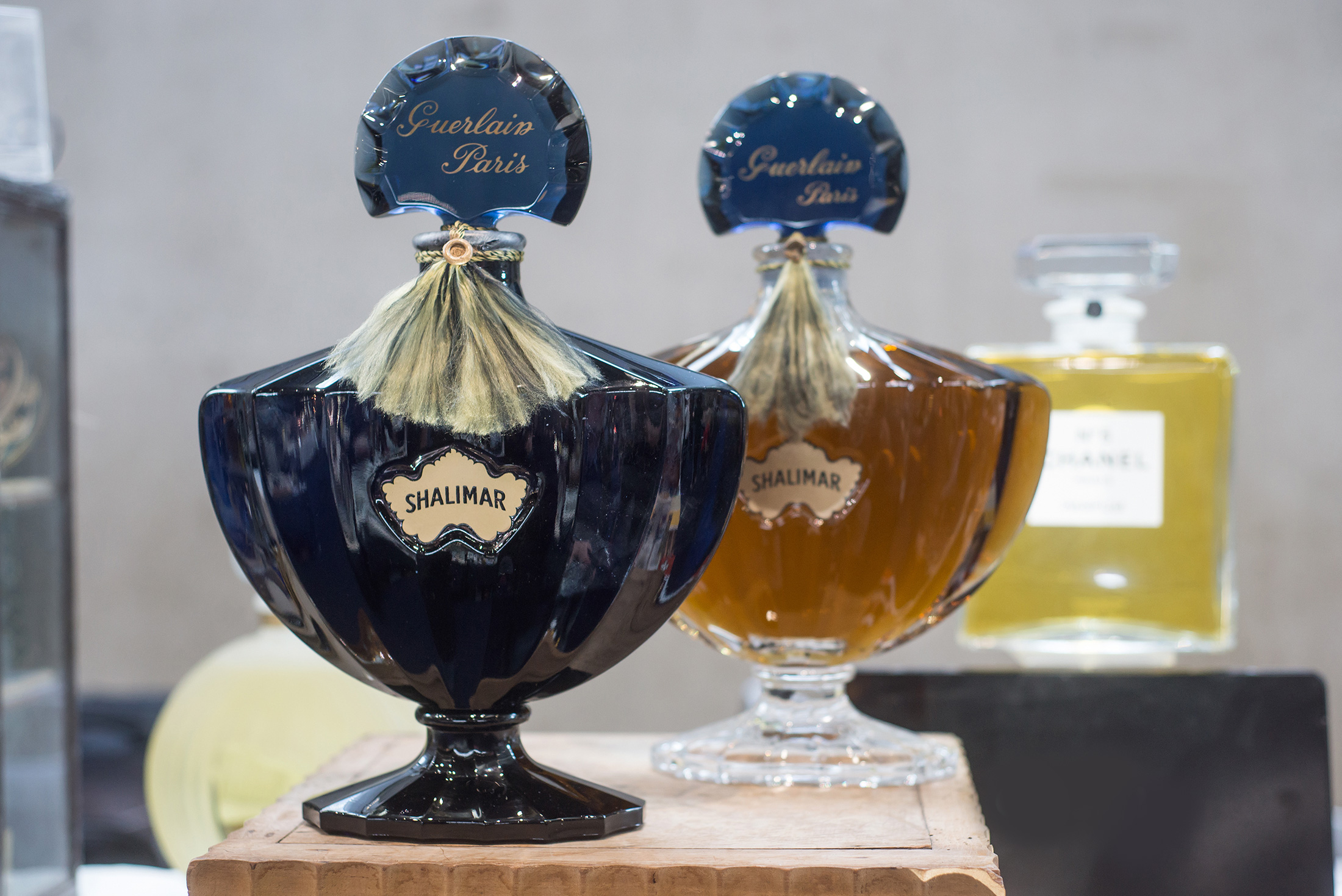 If you’re an amber fan, you absolutely picked the right note. It smells like it’s come to haunt us from millennia past, because it has. Its materials and variations have been picked up and dropped off as the idea of something like it traveled from culture to culture. Like it’s fossilized namesake, it’s a note that’s stood the test of time, change, science, and markets. It may be one of the few things in our culture, and seemingly every culture, that’s completely uncancellable. And after we’re long gone, there will, still, probably be faint wisps of something resinous, sweet-spiced, and woody drifting through the air: a silent, olfactory tree carving of “We were here.” 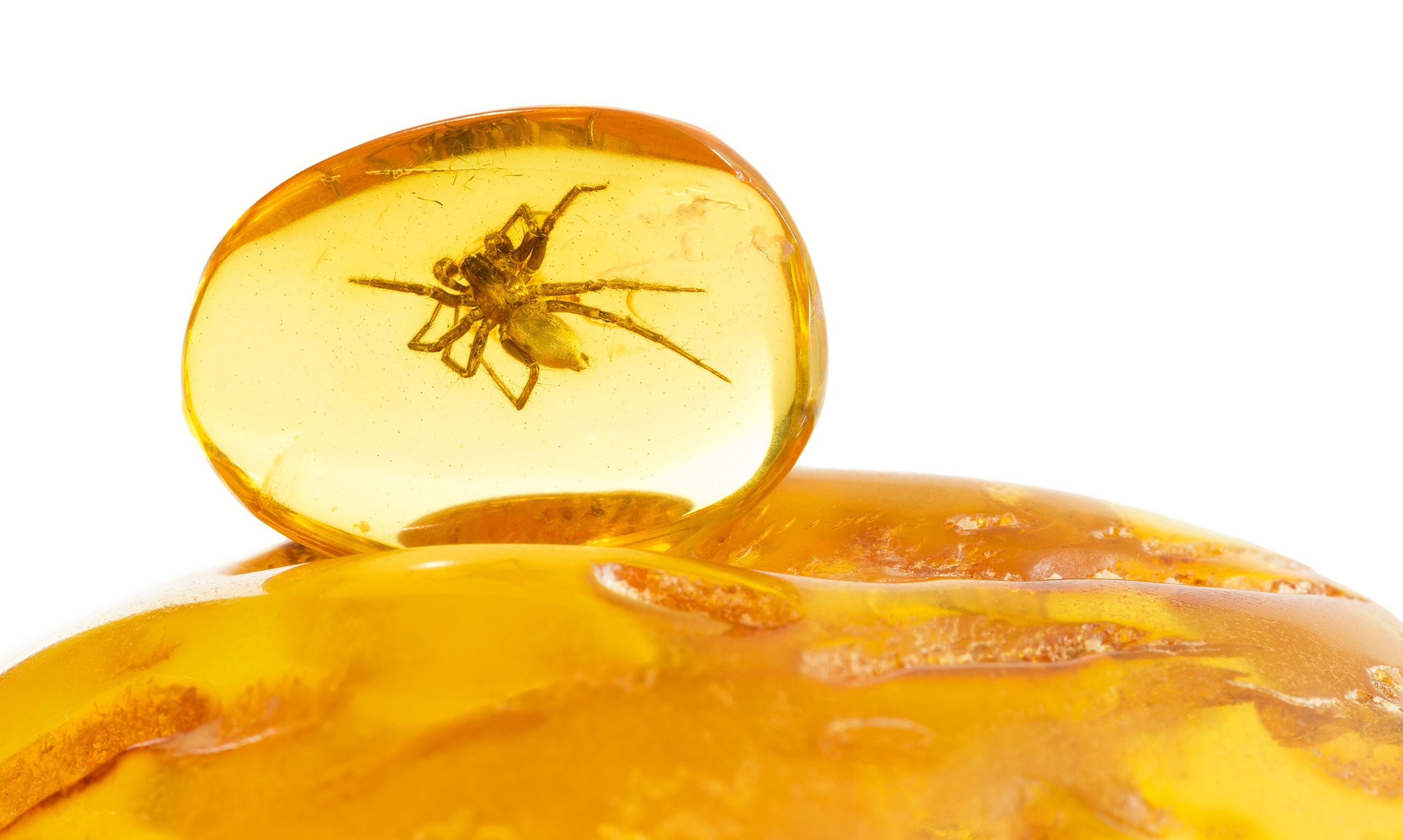 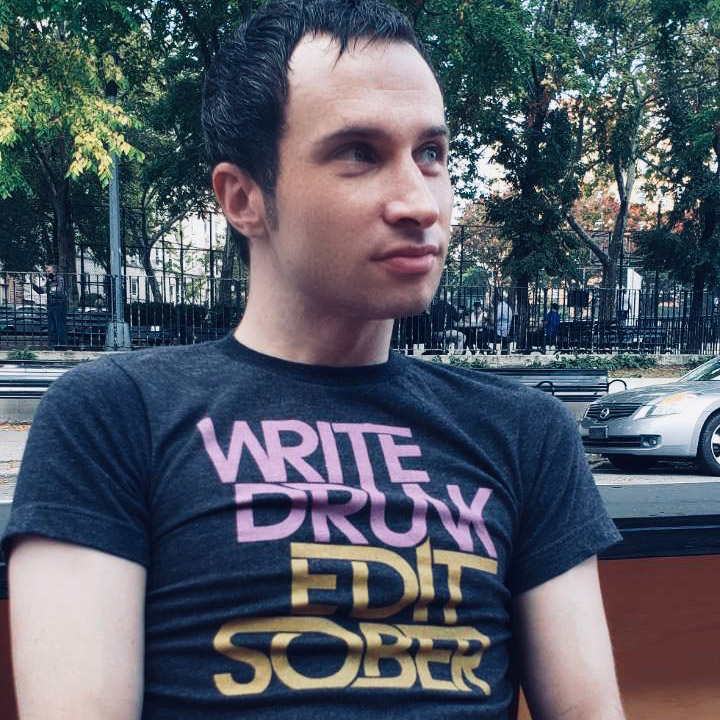 Patric is a writer, yoga teacher, sometimes performer, and pretend rock star in NYC, by way of Pittsburgh, PA. He became quickly obsessed with fragrance and perfumery due to its perfect intersection of art and his other love, science. Never looking back, he immersed himself in the industry - managing boutiques, writing, teaching, and collecting materials to learn fragrance composition. He loves music, books, drinking copious amounts of tea, moderate amounts of whiskey, making people laugh, and cracking open the world of fragrance for people that had no idea what they were getting into. His favorite smells are labdanum, bourbon vanilla, and the smell right before and after it rains (aka, petrichor).

Thank you Patric, for another thoroughly enjoyable and informative article. You are an excellent writer.

One of my loving ingredients in perfumery adding classic to modern style touch onto the composition. I love to make overdose of amber onto my creation to accomplish lustiness and sensuality with intense woods...Some of my crazy synthetic amber ingredients love to play with them..ambroxan, Ambrettolide, Ambrocenise, Ambercore etc...

Thank you Patric for such an interesting read. I thoroughly enjoyed your article.

Thanks for this enthusiastic, well-written overview on amber. The articles were so informative and inspiring, and the illustrations are gorgeous, too! Coco EdP and Dior's Ambre Nuit are my most-loved ambers, along with Hermes's Eau and Ambre des Merveilles. And I have a real soft spot for Yves Rocher's sunny, pretty Voile D'Ambre - wish they'd bring it back!

What a wonderful articles series. Intelligent and fun meanwhile paying proper homage to such an ancient and mystical thing. Polyamberous indeed! As if glowing, rich, complex, diverse amber is a note of the traces of life present and past, and linkage to those to come.

?warm, creamy, bombastically sweet and sensual? Wow. Loved how you said it??????

Is the proper term "animalic", or "animalistic"? I see them used interchangeably in fragrance writing and I stresses me out. Are they both correct? Thank you!

I very much enjoyed these articles! Thank you so much for your lovely writing on this what feels like eternal raw material and all its lore to go with it.

What a love piece of writing about the art, history and mystique of Amber. Thank you so much. I really enjoyed reading it.

You all are so kind! I truly don't know what to say! Thank you so much for reading. I'm and amber head too.

And oh! The Tiziana Terenzi rec! Love them. I smell like Laudano Nero as often as I can. :)

Really enjoyed both your ambery volumes:)
I love the idea of Amber scent blowing in the air long after humankind has gone...

I just finished both Vol. 1 and Vol. 2 in quick succession. . A breathtakingly engrossing review of Amber (and its olfactory history). I've used quite a number of Amber/Ambergris themed fragrances. Here are my faves:
FAVE (AMBER)
Eclipse by BlendOud

Absolutely beautifully written. I am a huge fan of amber - I find it soothing and grounding in a way that no other fragrant note/accord does. With imagination, one can close one's eyes and imagine the scent of ancient forests, long dead, but having left this golden calling card.

Bravo for a well written article and tribute.

Tom Ford's Amber Absolute is for me the perfume that illustrates this article well.
My classic in amber.

Amber is definitely a favourite, so thanks for the info!

Milton Lloyd
Me Too Homme by NoirRGV

Interview with Nathalie Lorson: YSL Black Opium and Other Addictions by Lindsconn

This or That? Skanky vs. Clean Musks by Andy the Frenchy

What Scents Help You to Feel Safe? by vinylverity

ScentXplore: Coming to You Virtually this Weekend by Houdini4