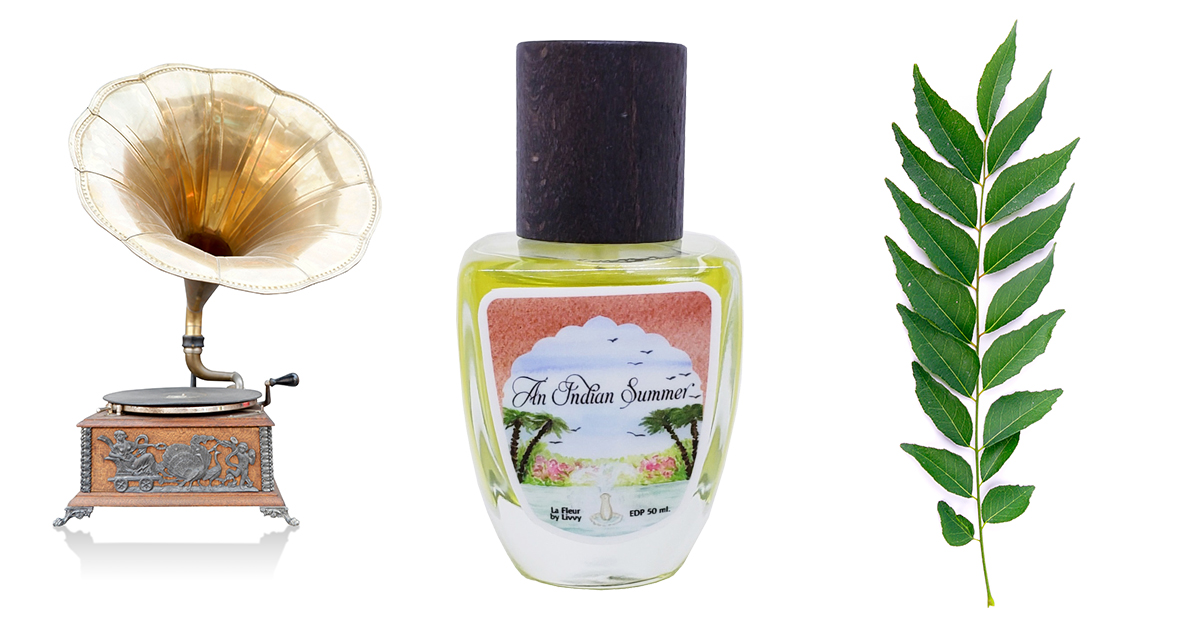 Indian summer is as much an idea as a state of the weather. In the northern part of the Americas, an “Indian summer” is that warm autumn which seems to extend the summer months even longer. September and then October, though growing more golden in appearance, still feel warm. Artisan perfume house La Fleur by Livvy has made a fragrance that plays delightfully with two concepts of Indian summer: both an extension of warmth, and a summer in the country of India. Her fragrance An Indian Summer is an exploration of the smells in an afternoon just after the end of the British Raj in India. As she sets the scene in her working brief: "Nora dozed off in her chair; the novel she was reading was still sitting on her lap. The characters were fascinating and belonged to another time, another world... She could hear the gramophone play her favorite melodies. The ayah brought her a glass of lime cordial and set it down next to her. You could smell the lime in the air. Cook was busy making a concoction of curry mixed with spices. The jasmines bloomed in the garden and somehow managed to lace the air with their heady scent…” 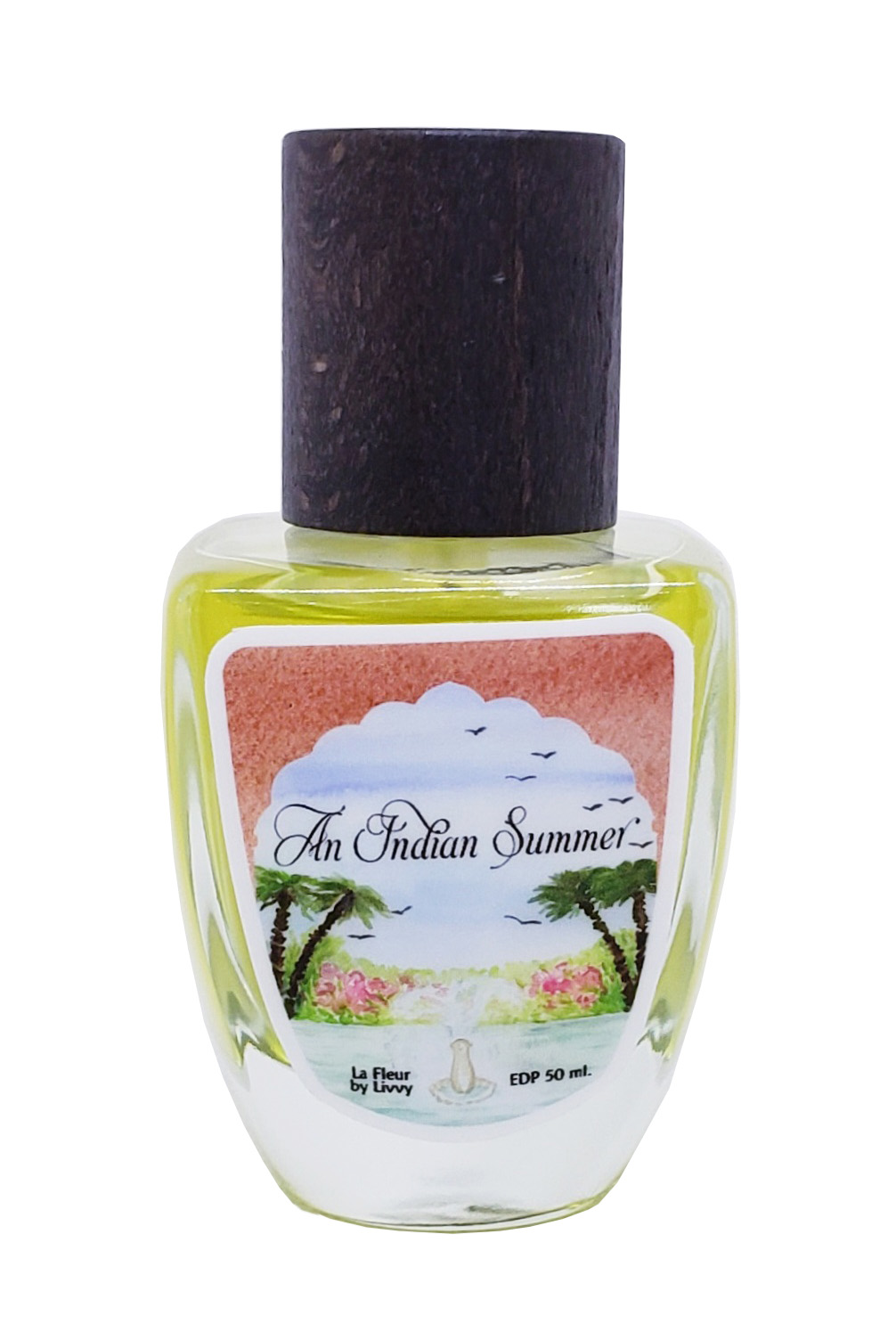 It sets a remarkably visual stage for a fragrance, and soon we’re able to bring it fully to life though the application of perfume. An Indian Summer is a vivid accompaniment to this airy room, one that I imagine has white, gauzy curtains blowing in the breeze. I can also hear the tinny crackle of that early phonograph and suddenly the sharp notes of lime and curry leaf lurch forward boldly, with zest and sparkle.

A sonorous, sweating, but wonderfully appealing midsection appears which pulls notes from many interesting directions. Here some flowers really stand out, particularly the rare and hypnotic kewra and white lotus. The former has a hyacinth-like bulb quality, although perhaps more fruity. Lotus, like the smell of lime, is very sharp but delicate. There is also a soft but persistent candy-like sweetness that comes from verbena leaves, and the more delicate side of jasmine flowers. Altogether this forms an unusual bouquet, both exotic but blended to be cooling and comforting. In the same way that many Indian spices are regarded as either warming or cooling, this is distinctly cool. 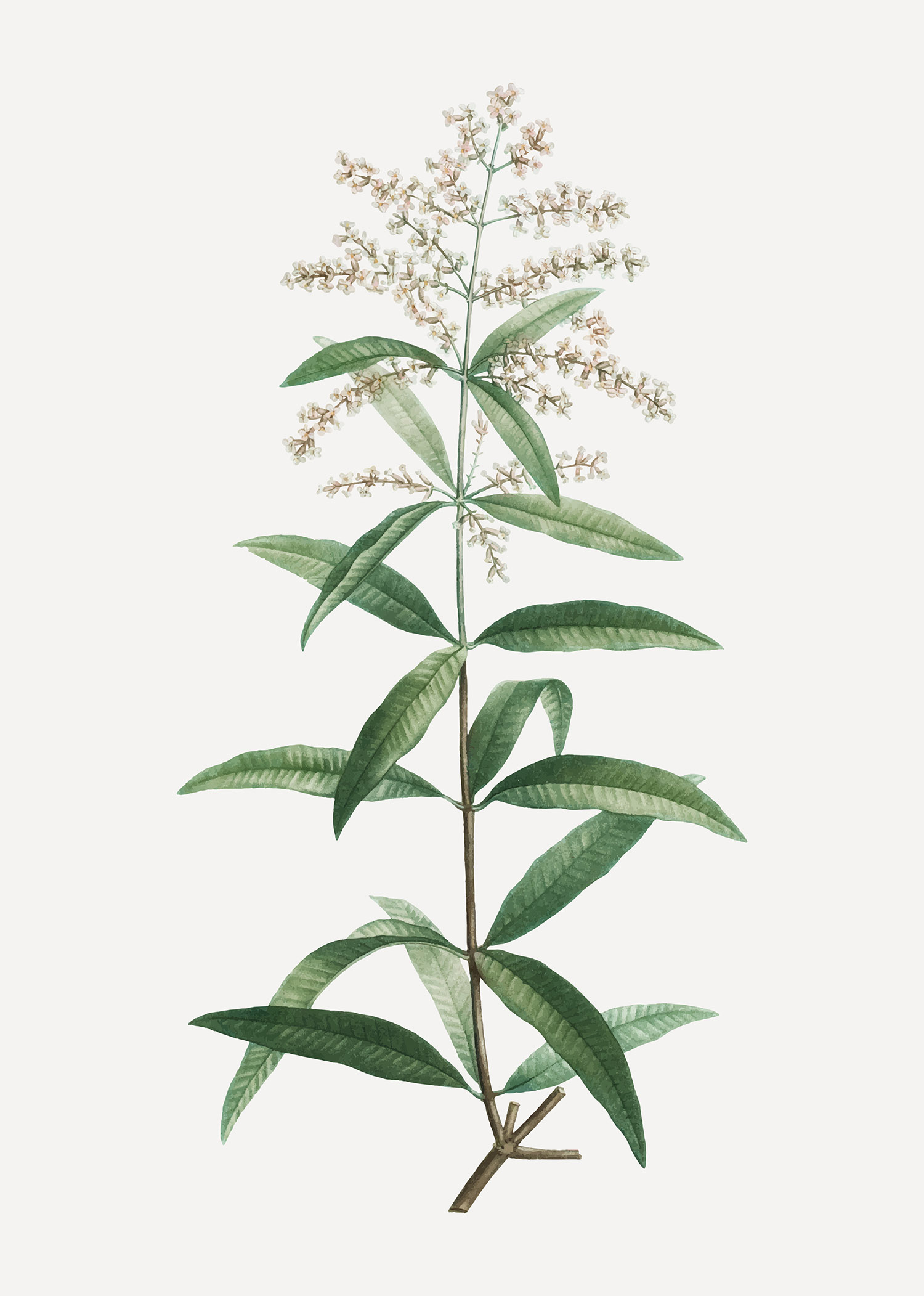 Contributing as well to the middle notes (despite entering into our consciousness early after the first spray) are coriander and fennel. The latter feels far more like the fresh and fleshy plant stalks than the seeds. It merges with other organic materials like ginger and coconut to form something slightly edible, slightly soapy, quite bubbly and effervescent.

An Indian Summer has a finish of more alkaline substances, which still reside somewhere in the kitchen or the botanical world just outside the window. Styrax (and its vanilla-like sweetness) holds hands with butter. They smell faintly of custard or almond-cookies. The great, breezy smell of hay and a touch of synthetic musk forms the last sigh of this warm afternoon with books and music in a many-windowed room somewhere in India. 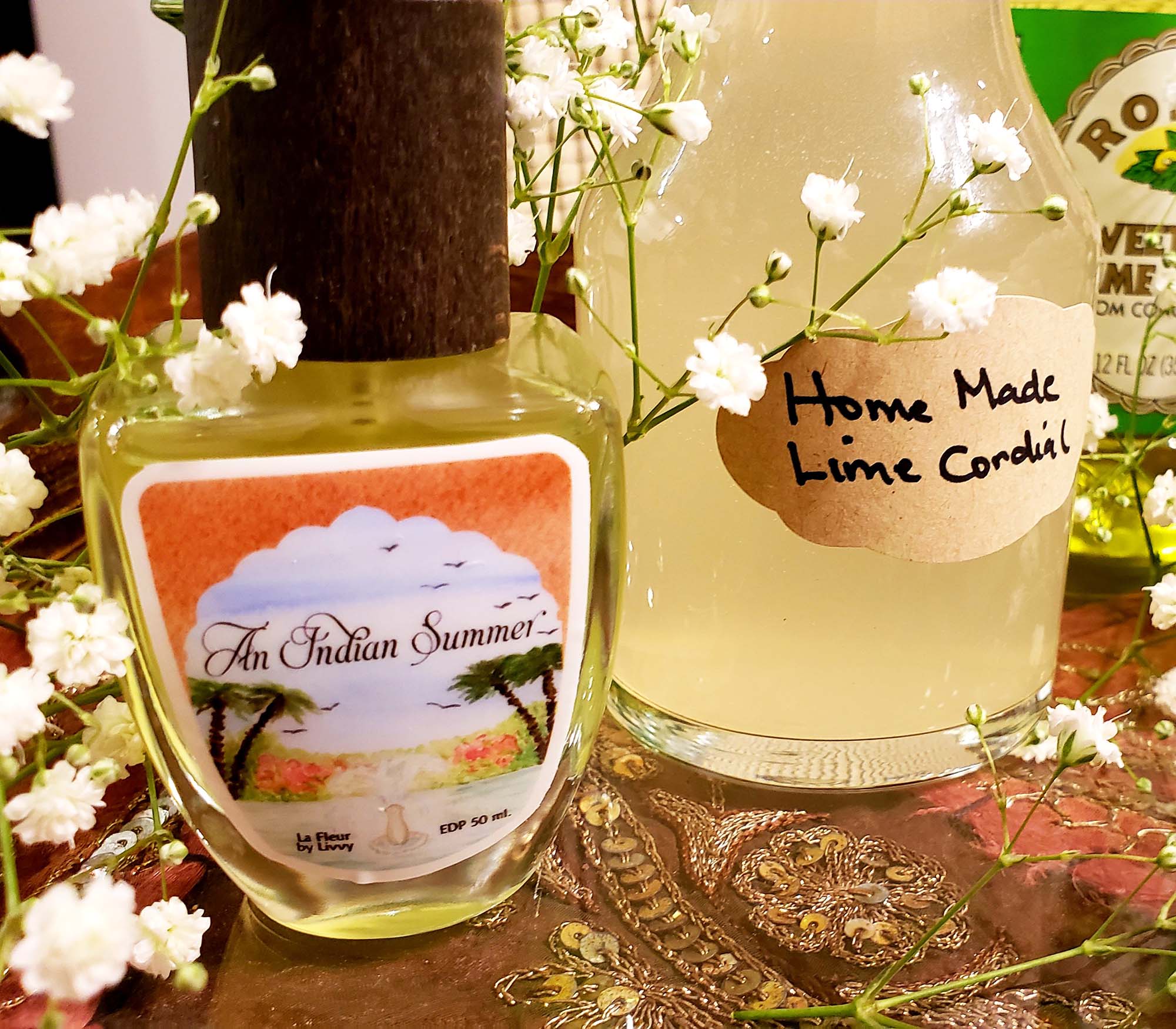 What’s particularly nice about An Indian Summer is that it depicts the story (the setting of the warm room in summer), but also provides the antidote — the refreshing glass of lime cordial, cool and delectably sour but full of the aromas of summer's close. You can allow yourself to feel the sun’s accumulated warmth and also the trickle of liquid as it soothes you, too. Though the British Raj left India at the close of the 1940's, An Indian Summer is a very modern perfume, taking some inspiration from native plants of the country but blending them in such a way that smells therapeutic and contemporary, like a beneficent elixir to smooth the rough edges of trying times. 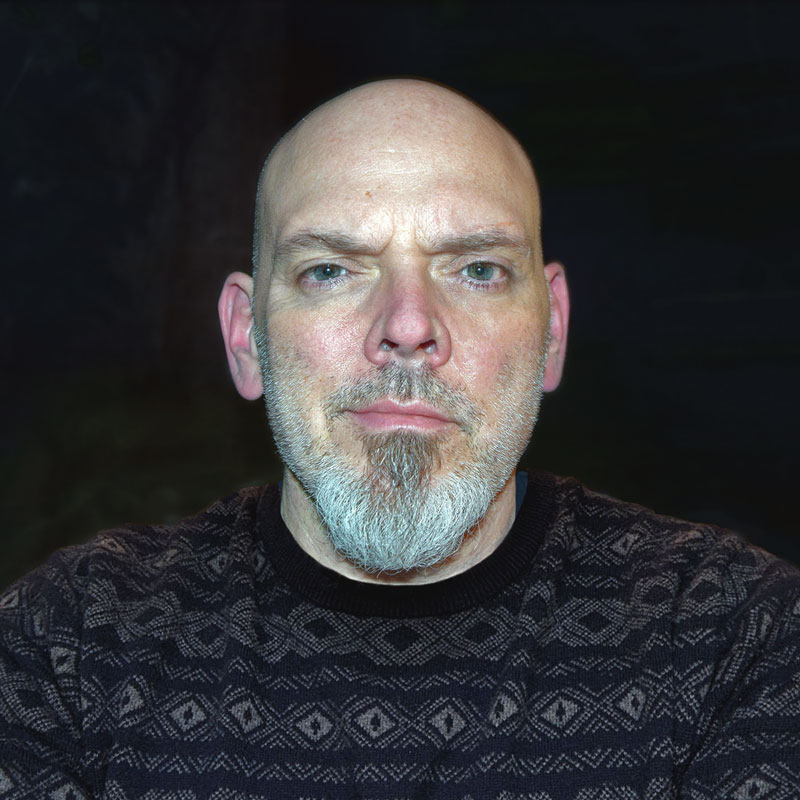 John Biebel (johngreenink) is a painter, writer and software designer currently living and working in Rhode Island, US. He is a graduate of the Cooper Union in New York City where he received his BFA in painting and photography. He currently divides his time between work in user experience design, painting, and his independent perfume company, January Scent Project. He has particular interest in perfume chemistry and the history of perfume making.

Write your comment: An Indian Summer: New from La Fleur by Livvy