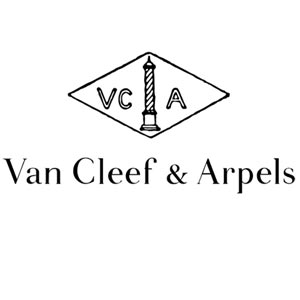 Van Cleef & Arpels is a luxury French jewelry, watch and perfume company. It was founded by Charles Arpels and his brother-in-law Alfred Van Cleef in 1896. The pair opened their first shop in prestigious Place Vend?me in 1906. They gained notoriety for their use of precious stones and their expertise and innovation in stone-setting techniques.

The Van Cleef and Arpels empire expanded to multiple boutiques between 1909 and 1939. In 1942, the Arpels family emigrated to the United States and opened their first American boutique in New York. The company eventually expanded into Asia, and remained under the operation and management of family members until 1999, when it was acquired by Compagnie Financière Richemont S.A.

The company's first foray into fragrances came with First for Women, in 1978, a classic floral aldehyde scent. First has remained a popular choice and inspired a number of flankers over the years. Other notable releases include men's classic Tsar (1989), Feerie (2008) and the Collection Extraordinaire, a luxury line whose first fragrance was introduced in 2009.

By Kilian
Intoxicated by JammyGit