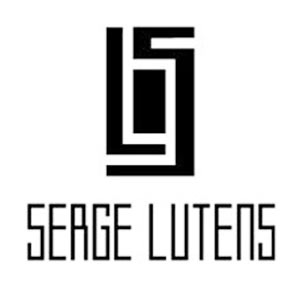 Serge Lutens is a multi-talented artist whose careers encompass fashion design, perfume design, hair styling, photography and film-making. Born in France in 1942, Lutens began his apprenticeship as a hairsylist in Lille, where he also began to experiment with cosmetics and photography. He moved to Paris in the 1960s to work as a makeup artist for Vogue magazine. He worked with top photographers and models of the period, and in 1967, Lutens was commissioned by designer Christian Dior to produce a line of cosmetics.

Lutens worked profesionally as a photographer in the 1970s, and directed two short films which were shown at the Cannes Film Festival.

Japanese cosmetics company Shiseido hired Lutens to develop their image in 1980. The partnership with Shiseido was mutually successful, and Lutens designed packaging and cosmetics as well as photographing award-winning advertisements for the brand. Shiseido gave Lutens his start in the fragrance industry in 1982, when they commissioned a fragrance from him, Nombre Noir. Lutens and Shiseido partnered on another legendary fragrance, 1992's Feminite du Bois. Lutens also designed and conceptualized a luxurious perfume house, Les Salons du Palais Royal, for the exclusive marketing of Shiseido and Lutens scents.

Lutens embarked on his own venture, Parfums-Beaute Serge Lutens, in 2000. Lutens creates his perfumes in close collaboration with perfumer Christopher Sheldrake. The brand emerged at a perfect time, when the internet made e-commerce and social networking available and allowed exclusive and unusual perfumes to be obtained and discussed--the "cult" and "niche" fragrances of which Serge Lutens fragrances are a perfect example.

Designer Serge Lutens has 93 perfumes in our fragrance base. The earliest edition was created in 1991 and the newest is from 2020. Serge Lutens fragrances were made in collaboration with perfumers Christopher Sheldrake, Maurice Roucel, Serge Lutens and Gilles Romey.

Montale
Wood and Spices by rolfii

Tiffany
Tiffany & Love For Her by Nataliemarie

Cheap Or Expensive? by smellagent

White Shoulders Evyan: An American Beauty of the 1950s by whatsthatsmell205