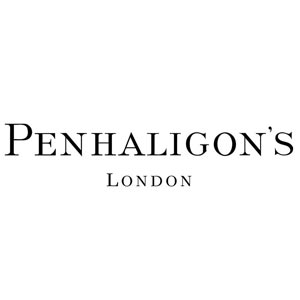 Penhaligon's is a British perfumery established in 1870 by William Penhaligon. Originating as a barbershop, Penhaligon's offered its first fragrance in 1872, Hammam Bouquet. The fragrance was inspired by the neighboring Turkish Bath and its sulfurous steam. The company's best-selling fragrance, 1902's Blenheim Bouquet, created at the request of the Duke of Marlborough at Blenheim Palace, broke with the prevailing floral trends of its day to enchant with zesty citrus, spices and woods.

Scents were issued regularly from the original shop on Jermyn Street, until it was destroyed in The Blitz of 1941. The shop disappeared, but the fragrances of the company endured, and in 1956, Penhaligon's was granted a Royal Warrant by the Duke of Edinburgh for the manufacturing of toiletries.

The company was granted a second Royal Warrant in 1988, by the Princess of Wales.

Many of the original scents created by William Penhaligon were modernized and re-introduced as part of the "Anthology Collection." The company maintains its commitment to fine, traditional perfume ingredients and techniques. The bottles for Penhaligon's scents are based on William Penhaligon's original design—clear glass and adorned with a ribbon.

Penhaligon's today offers a line of bath and body care products and luxury shaving and grooming accessories to complement its fragrances. A number of stores are now open in London and elsewhere in the UK, and the products are also available through select stockists in the UK, North America and Europe.

Burberry
Burberry Her Intense by Alinany

Adidas
Born Original for Her by amanda