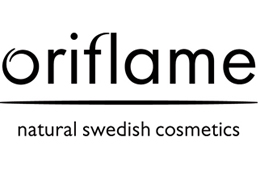 Oriflame is a Swedish cosmetics company founded in 1967 by two brothers, Jonas and Robert af Jochnick, and a business partner, Bengt Hellsten. They were inspired by the natural beauty the rest of the world associates with Sweden. Their products are based on natural ingredients and are never tested on animals. The name "Oriflame" refers to the medieval French royal banner that was unfurled on the battlefield, and translates to "Gold Flame."

Oriflame markets its products directly to the consumer via an independent sales force, which currently numbers more than 3.6 million.

Beginning in a two-room office in Stockholm, the company expanded to the other countries in Scandinavia in the 1960s, and entered the United Kingdom in 1970. Oriflame has since expanded to the rest of Europe, parts of Asia and South America, and is currently available in more than 60 countries, with factories located in Poland, India, Sweden, China and Russia.

Fragrances are an important product in the Oriflame range. The company offers fragrances for men, women and the youth market, as well as "Limited Life" editions which are exclusive scents available for a short time or seasonally.